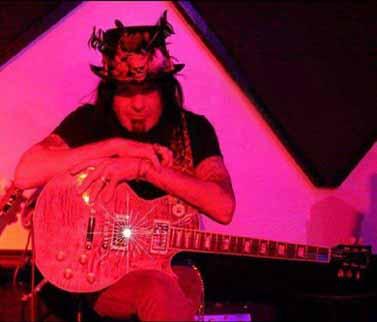 Not just a heavy metal/rock and roll guitarist with a classical background,

In January 2013 Sarzo joined the band Queensrÿche with his brother Rudy. In July 2013, Sarzo released his first solo album, After The Storm through 4818 Records.

Recently Robert has recruited a group of talented musicians to perform concerts saluting the illustrious career of Mexican-American guitarist, Carlos Santana.  Sarzo has chosen to Salute Santana, the man who helped set him upon his path as a musician decades ago, and to express his deep gratitude to Carlos Santana for being an inspiration not only to himself, but to so many Latino musicians who followed in the footsteps of this ground-breaking legend. 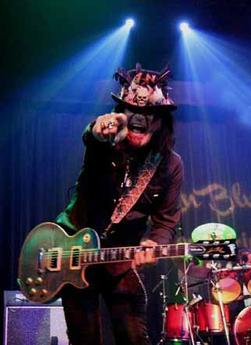 Robert Sarzo, nicknamed The VuDu Man is a Cuban-American guitarist. His career has spanned 40 years. He has worked with an array of notable and iconic people in the entertainment industry.

Robert has worked with Interscope/ Universal Record's Jimmy Iovine and legendary metal producers, Bob Ezrin and Mike Clink. He also worked with Robert Stigwood of "Saturday Night Fever" and Sergeant Pepper's Lonely Hearts" fame on numerous soundtracks such as "Times Square", D.L. Byron the writer of Pat Benatar's hit "Shadows of the Night", Reggae artist Garland Jeffreys, and the late Sam Kinison on his "Leader of the Banned" album. Robert formed his band Hurricane in the early 80's and went onto have hits such as "Over the Edge" and their #1 hit "I'm Onto You".