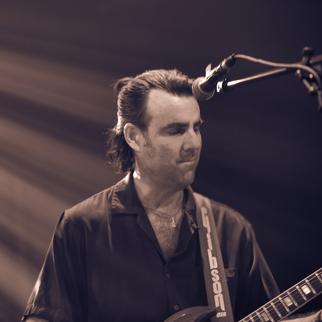 Keith began playing guitar at the age of 14, and hasn't stopped since. He's played clubs, had numerous studio sessions and then he met Bill Ward, former drummer and founder of Black Sabbath in 1986. The two began collaborating on Bill’s first solo CD, “Along The Way” and Keith was a co-writer on at least 30% of the CD. One of the hits off that CD was “Bombers (Can Open Bomb Bays)”, featuring Ozzy Osbourne on lead vocals, and another hit was “Tall Stories”, featuring Jack Bruce on lead vocals. “Bombers”, was in heavy rotation on FM Radio and was highlighted on MTV’s “Headbangers Ball”, in 1991. 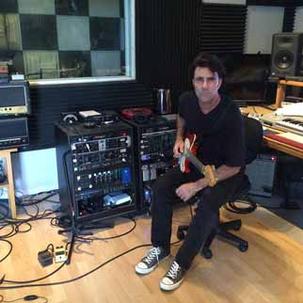 Keith shortly became Bill’s musical director & Bill’s “right hand man”. Of all the musical styles that have influenced Keith, his love for Blues Rock with a touch of Jazz guitar inspired his contribution to Ward's songs on the CD “When The Bough Breaks”. Keith really shines in this diverse, powerful sounding CD.

Keith spends much of his time in the studio and playing live. When Keith joined forces with Diane & The Deductibles his unique sound, tone and style merged with the band and created an amazing sound.