Adams introduction into the music industry began when she was 8 years old, which is when she began singing, performing and studying various genres of music including classical, country, R&B and rock. Throughout her career she has logged numerous studio hours and been involved with AFTRA- SAG- Commercials-Recording/Industrial promotional films plus live performances along the way.

Her entrepreneurial spirit has been a constant thread throughout her life, prompting her to start her own Multi-

Line- Commercial Insurance Brokerage and Farmers Insurance Agency, which she drew inspiration from in the naming of her band, Diane & The Deductibles.

Fans of Diane & The Deductibles can catch them performing at the iconic Huntington Beach Library Theater during each Rock’n Blues Concert Series. For those unable to attend, Adams provides a virtual VIP experience via professional videos and photos which capture every moment of each event. Adams boasts that “every seat is a good seat in the house”, and patrons who’ve attended previous concerts at the theater’s intimate 319 seat setting unanimously agree.

Diane Adams founded her band Diane & The Deductibles in January 2011. Since its inception, she has been bringing her powerful, bluesy vocals along with playing rhythm guitar, most notably to The Huntington Beach Library Theater during each Rock’n Blues Concert Series event. In addition to live performances, she also formed DRAIA Productions, where Adams serves as the Executive Director and Producer by presenting each series and featuring international classic rock and blues- based bands. Concert-goers are treated to Diane & The Deductibles who host and open every show. 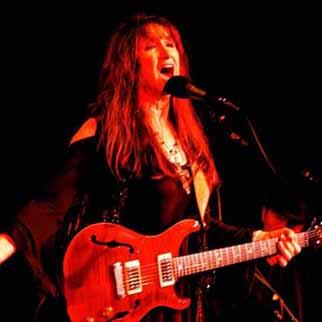 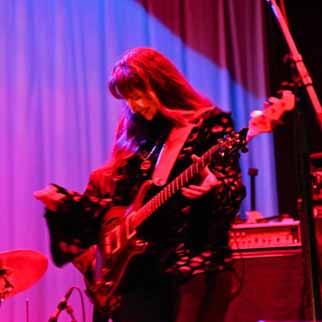